Images are a crucial part of my book, as they help tell the architectural story of the highways that run throughout Montreal. However, the book’s use of images does warrant some critique. 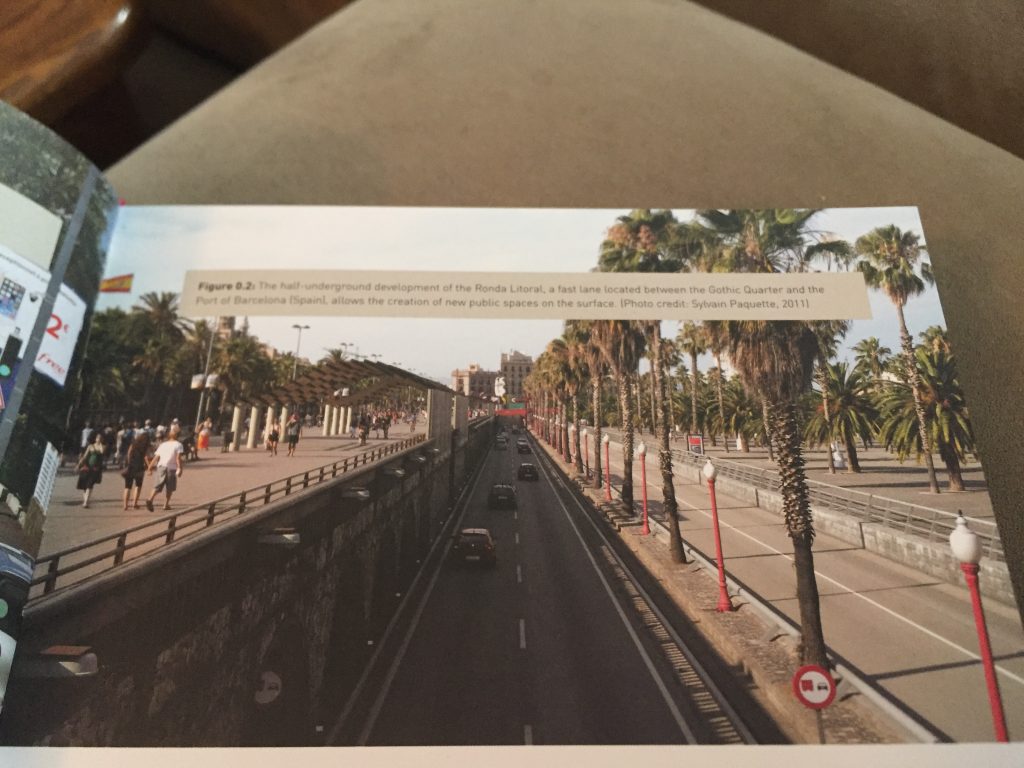 The image above is a pretty standard use of photo throughout the book. It shows a part of highway or infrastructure that is being described, and uses a boxed caption to explain what is happening in the picture. While the image itself is helpful for the reader to visualize the content, the standard placement of the image in full bleed at the top of the page can get boring. It makes the pages that these types of images are placed on feel boxed in, and it may have been better to add some variety in the image placement throughout the book. 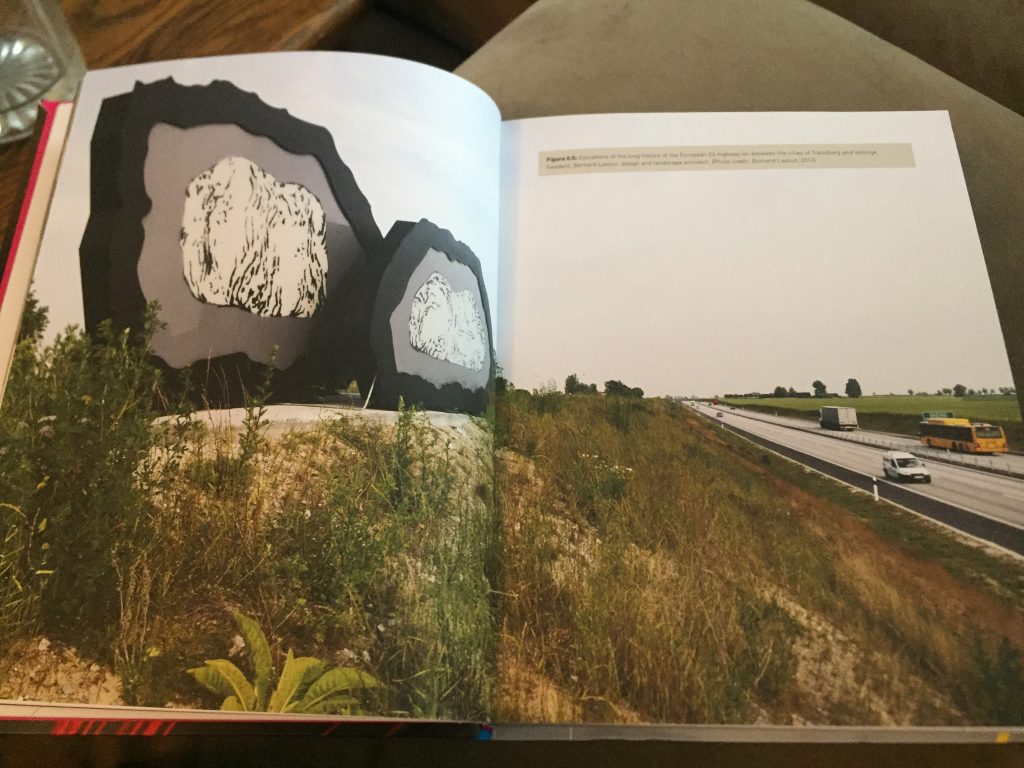 The second type of common image in the book is a two-page full bleed photo. While these are also repetitive, they feel must more effective. The image above calls attention to the relationship between the natural land and the built highways. As a smaller image placed at the top of the page, the photo wouldn’t have the same power. 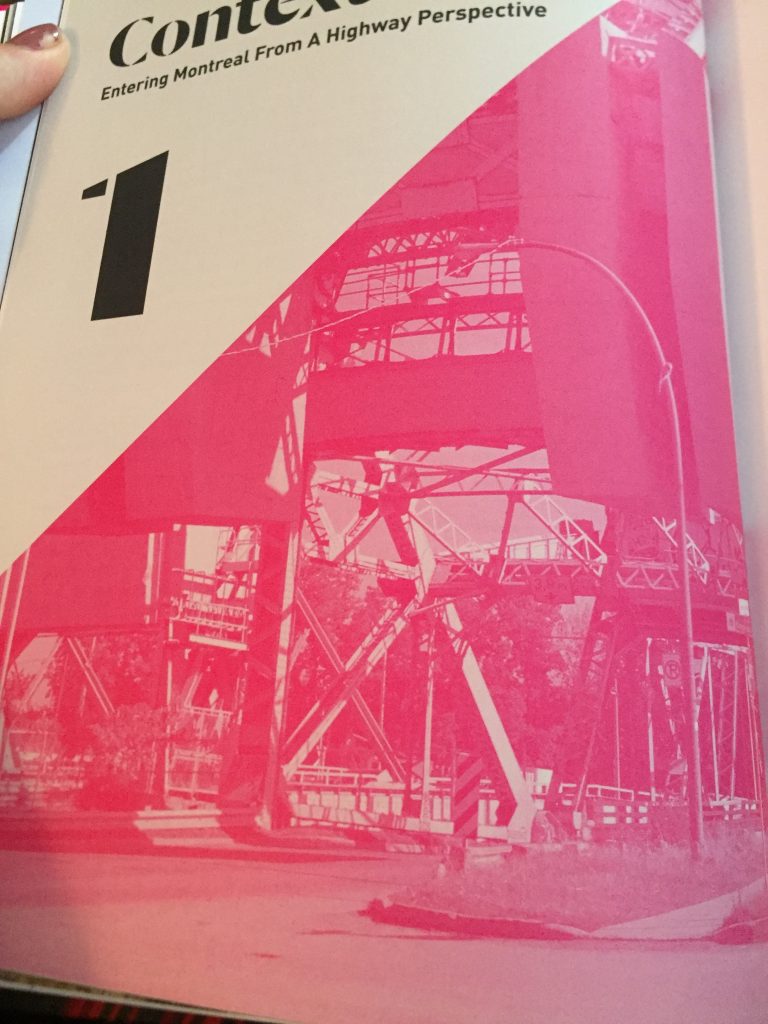 Image and color are also used together often throughout the book, particular to indicate the location of the reader in the text. On the front  of each chapter, there is a color overlay on a partial image. This adds visual interest, while still doing to job of locating the reader. In my opinion, if there was simply a block color and now image, there would be nothing calling the reader’s attention, and no chance for added variety. 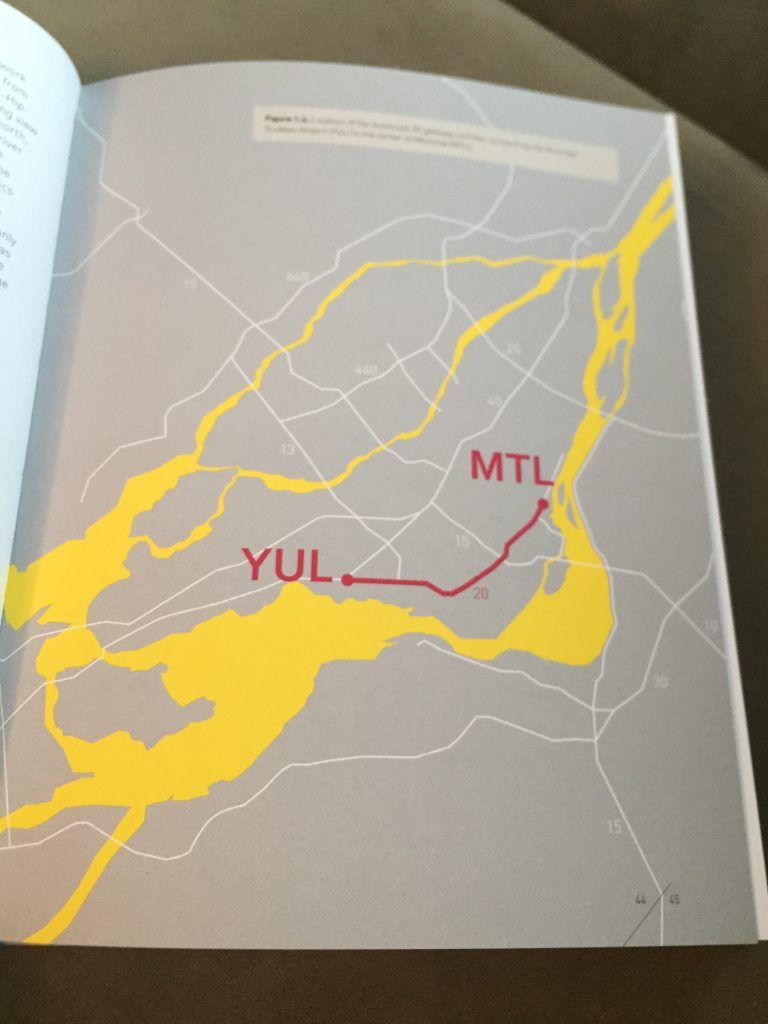 Illustration is also used in the book, both in the form of maps and figures. Many of the illustrations follow this basic form above: they use mostly white and gray tones, and are highlighted by bright colors to signal importance. I honestly find the illustrations in the book the most compelling of the images, as even well-taken pictures of highways can get boring. 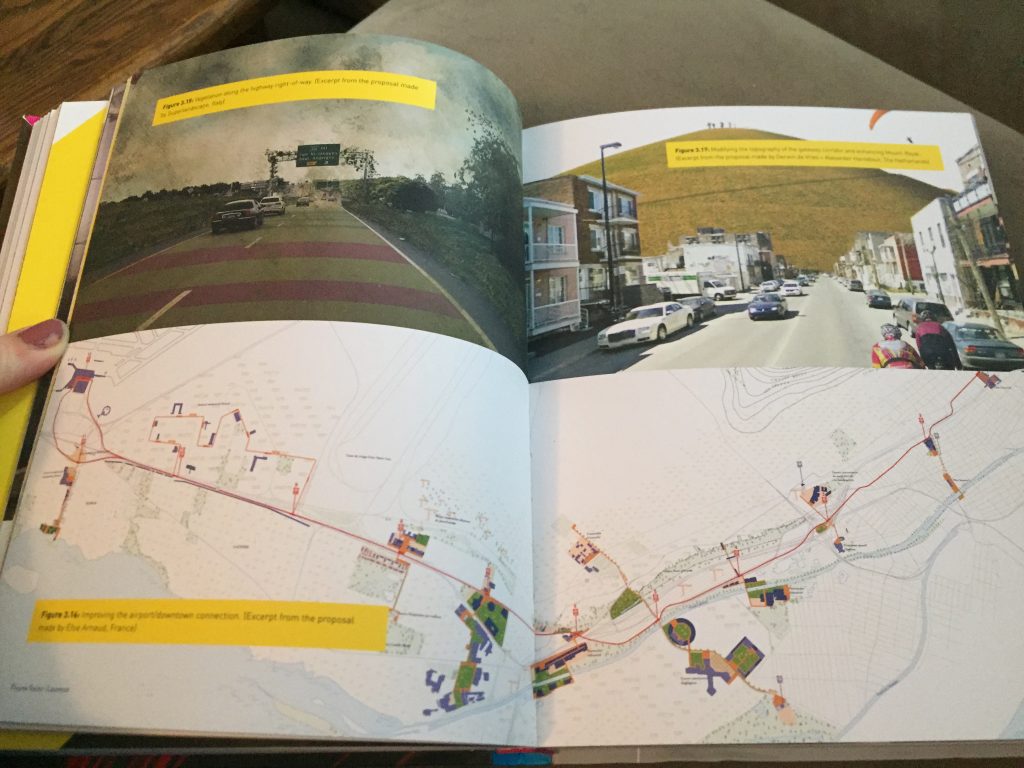 The last area of interest in concern to images in the book is the placement and juxtaposition of photos and maps. While I don’t love how the images above are split on the page, I did like the idea of showing both an illustration and real image of the same area. In this case, it worked to show the space between the two images above, and gave an understanding to the breadth of the highway itself.