Function/Purpose: All four of the most recent covers of The Atlantic feature one main article and tease to other stories within the issue. Three of the four covers also feature a subtitle for the main story. The purpose of the cover seems to be to attract readers to the magazine with bold colors and captivating art, while simultaneously teasing to other stories.

Type of Images: The covers of The Atlantic range widely in terms of art. Two of the past four issues feature portraits/illustrations of single people, another features a painting  (The Mona Lisa), and the last is an illustration. This variation seems to be because of the nature of The Atlantic’s content—often varied depending on current events. Illustrations may be more powerful than portraits depending on the story, which is why I think this variation in imagery is necessary. 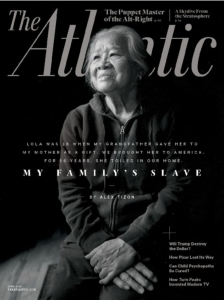 What doesn’t work well on most of the covers are the two headlines above the Nameplate. Though the text size is bigger, my eye goes down to the four headlines of lesser importance first because of the great use of the plus sign.

Consistency: The Atlantic’s use of space and hierarchy is generally very consistent. Most covers have one large main headline and occasionally, a subtitle or lead text. The text size hierarchy is generally the same. The only inconsistency comes in the form of cover art, which may lead some people to see the cover design as inconsistent. The covers reflect the wide variety of content, and if their goal is to show their range, they do that well through cover art.

Tone/Attitude: Portraits on the cover very rarely feature a smiling person. Most often, these portraits are serious or neutral. The colors are darker—reds, greys, blacks, and blues–which gives off a more subdued, serious, and sophisticated tone. Red often creates a sense of urgency or draws attention, which helps to serve The Atlantic’s goal of “stirring national conversation.”

The Atlantic separates their Table of Contents into three pages (Fig. 3, 4, and 5). All page numbers are usually in red and headlines are their typical serif font in bold. The first page is solely for “Features”, with four headlines usually included (Fig. 3). One photo is chosen from one of the feature stories, usually not the cover story. Typically, the photo is just placed above or below the other Features headlines. But depending on the photo, it can be placed across the page with other inside stories placed on top of it (Fig. 6). 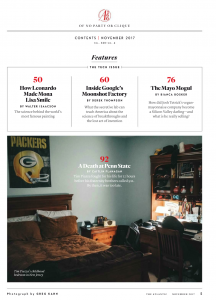 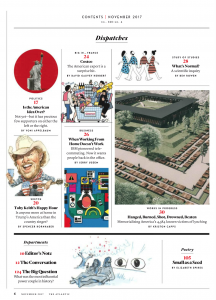 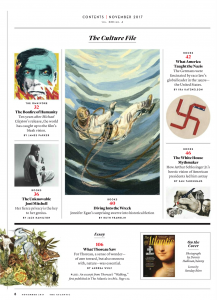 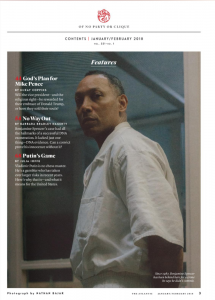 The next two TOC pages are relatively similar. Typically, 6 stories are teased in the top section in a 3 column grid, with one column larger than the other two. I’m not sure how well this works, because it is drawing my eye to the wider column. If the wider column contains the articles of most weight, this could be a good use of column width variety. Making the middle column wider makes more sense visually (Fig. 5). Below are separate sections separated by a thick, black line that helps to differentiate the sections. All headlines are accompanied by art.

For a long magazine, breaking up the TOC into three pages is smart. This allows for more art in the TOC section, which is helpful for the reader as they navigate through the magazine and try to find the stories they are looking for. 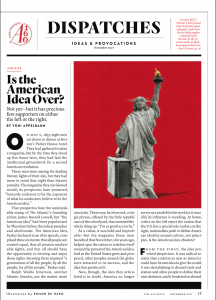 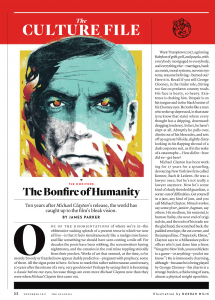 “Dispatches” and “The Culture File” have their own department header designs (Fig. 7 and 8). Both are designed in red and include a little graphic on each, which I am assuming are icons for The Atlantic. I’m not sure how much these icons add to the meaning of the different sections.

After the main section, Dispatch stories have a “Dispatches” header on the top left (Fig. 9) and The Culture File stories use the middle column to include a “The Culture File” header (Fig.10). To further break down the sections, each story gets a section header (business, technology, etc.) (Fig. 9). Other sections like Essay also have their own headers similar to Dispatches, but these are included on the spread (Fig. 11).

Features start in the middle of the magazine and don’t include a “Features” header or label. 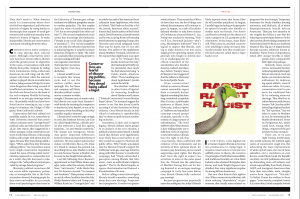 Fig. 10 – The Culture File Header plus section header (The Omnivore) below