For such text-heavy publications, such as The Economist, it is of the utmost importance for there to be a differentiation between typefaces. If the type were all of the same size and weight, the reader would become lost in the information. 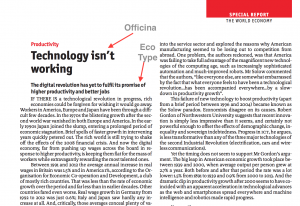 In October of 2018, The Economist got a facelift. The 175 year old magazine had been using the typefaces, Officina, Johnston, and Eco Type. Officina is a German typeface, which has a rigid and structured feel to it. As that is essentially the essence of The Economist, the typeface was just not translating well into the digital world. Since 2001, The Economist had been using Johnston and Eco Type, which are a cheeky British font that showcased the birthplace of The Economist. Though those worked well, seventeen years of the same design was much too long, and they saw themselves losing subscribers because they felt like the pages were crammed with text.

To keep the feel of a British publication, The Economist chose Milo Serif and Econ Sans Bold. According to The Economist, they primarily chose those two typefaces because they “were cut for optimal legibility in both digital and print environments”. I would agree with this statement, because now when I read an article in print and then switch suddenly to an online article, it is a seamless transition. 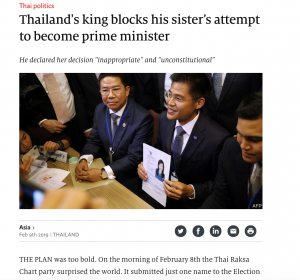 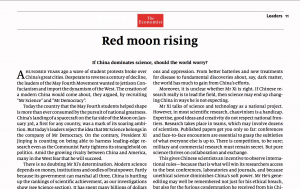 Econ Sans Bold, which is used for headers, is bold and uniform, and instantly lets the reader know that they are reading a header. It appears that the stroke in each letter is the same width, which helps achieve a “British” feel of no-nonsense content.

The body copy. Milo Serif, is very legible, which is extremely important when there is so much text for the reader to digest. 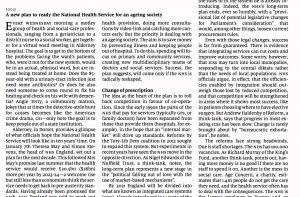 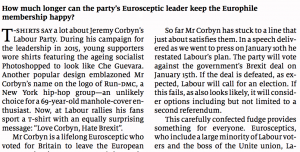 When it comes to variation in size, it is all very uniform when it comes to headers, subheaders, and body copy (they are very good when it comes to hierarchy). I appreciate that they do this, because there is no way for me to become confused whether or not a line of text is a header.

The Economist’s updated typeface feels much, much more modern. The old typefaces made the text on the page look cramped and uninviting; Milo Serif and Econ Sans Bold keep the air of intelligence, but now attracts the millennial who wants to consume as much information as they can.