The New Yorker uses a variety of images in its publication. The most iconic imagery often associated with the New Yorker are its illustrations, though. The cover is always an illustration or painting of some sort from an artist, and it fills the entire page and always has a connection to the theme or sets the tone for the current events covered in that issue. 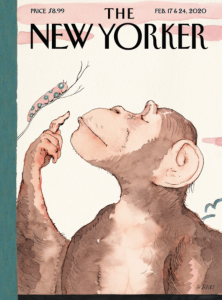 The New Yorker uses mostly cartoons or smaller, graphic-like illustrations to break up text-heavy pages. These sketches have detail and engage the reader beyond just a visual break. They tell a mini story of their own, or they are complementary to the story they are placed in. Typically, the small graphics are in color. 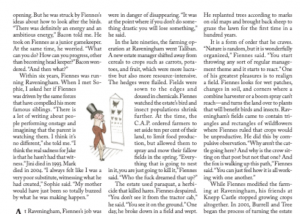 For example, the graphic below is a tracing of the movements of a dancer, which goes with the story of “postmodern dance.” 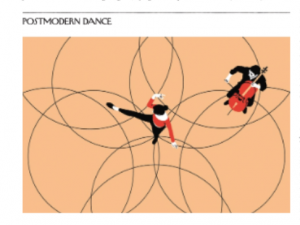 Below is an example of a tiny graphic at the top of the table of contents. The icon is in every issue and that man with the tall hat is the symbol for the New Yorker,  which is very fitting for an image in the front of book.

The New Yorker’s cartoons are also an iconic aspect of the publication. While the cartoons may not go with the story they are placed in, they provide a comedic relief and some nice white space to break up the page and give the reader’s eyes some rest from the sturdy blocks of text. They’re always black and white, much like a newspaper cartoon.

The New Yorker uses a handful of photos (probably less than 5) in each issue, and if they do use photos, they take up an entire page. For example, below I have two photos used in the same issue that are posed and starkly contrast the sketch-like illustrations that fill the rest of the issue. Both photos are strong and stirring photos in their own way, and by putting them on their own pages, it brings more awareness to the portraits. 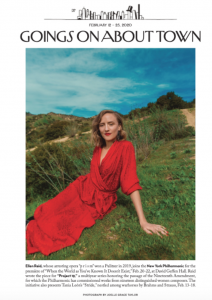 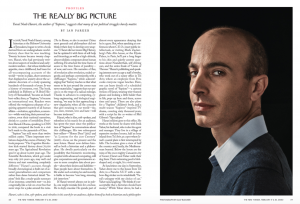 All of the New Yorker’s images are square, except when they appear as column signifiers, and in that case, they appear to be protruding from the department flag. The New Yorker uses many images, but typically only the images for big profiles and features are large and the rest are smaller to give room for more text.