If Vanity Fair’s color palette had to be defined, it’d be black, white and red. And two of those aren’t even technically colors. The magazine, based in old-school glamour and nostalgic allure, uses color sparingly to add to its aesthetic and tone.

Let’s start with the color red. Red is a color that symbolizes power, excitement and passion, all of which are qualities that define the VF brand and its content. Vanity Fair has been regarded as one of the last cultural magazines and its editors as cultural arbiters. It deals in high-society scandal, meaning it’s concerned with the folks at the upper-echelons of society. This goes beyond Hollywood and celebrity to include business and tech leaders and other influential figures. That’s why red is the color of VF’s nameplate and the accent color to its details: it reinforces the fact that VF is a hub of powerful, exciting and passion-driven journalism, people and ideas. There’s also something timeless about it…

Red may be VF’s signature color but is used sparingly throughout the body of the magazine. With a few exceptions, all of the copy and page design are set in black and white. Most commonly, you’ll see red used for captions and sometimes column dividers to break up the dullness of an overwhelmingly black-and-white page. It also reinforces the brand association with the color. Red, which can be perceived as loud and offensive, used sparingly adds a sense of sophistication and elegance to the magazine’s design.

Aside from red, pink is another frequently used color, although less staple to the brand’s identity. This is particularly true of the in the second-half of the feature well, which covers more political/newsy stories that rely more on page design than photography to deliver color.

What’s left are the illustrations and photos (also often black-and-white). VF produces award-winning photography and uses these photos to bring color to a page. This is evident among a number of the feature stories, especially the long-form pieces in the beginning of the feature well. However, many of these stunning photos are either subdued in color or simply black-and-white, complimenting the VF brand.

On the other hand, the Front of the Book is younger and playful in tone, lending itself to a greater range and boldness of colors, although still through the photos. There are also illustrations, photo and traditional, that use solid, bold colors to draw on these qualities. 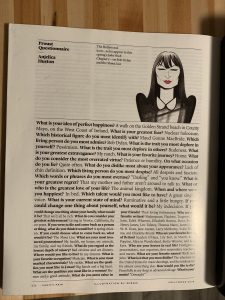 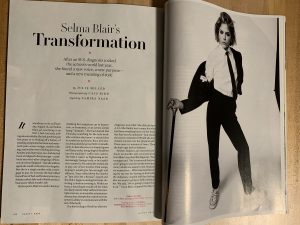 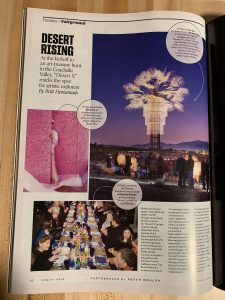 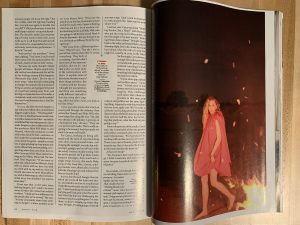