As we all know, Vanity Fair is a photo/image heavy magazine. Especially its iconic cover photos. Every year after the Acadamy Award, Vanity Fair publishes an issue on the Oscar. This year’s Hollywood issue is a little bit unusual than the past.

Hollywood reporter covered a news story on January 25, said James Franco was scrubbed from Vanity Fair Hollywood issue cover. The Vanity Fair spokesperson claimed that once they learned of the misconduct allegations against James Franco, they made a decision not to include James Franco on the cover.

Subjects for the Vanity Fair cover are often photographed separately in small groups and combined via digital imaging. This year’s Hollywood issue made a photoshop mistake — people found Reese Witherspoon has three legs and Oprah has three hands. 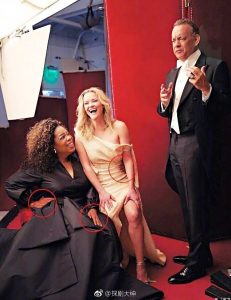 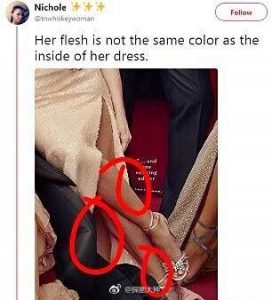 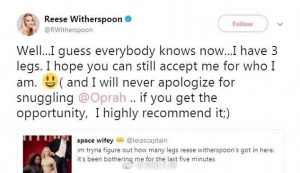 Back to the topic, VF has a strong photography team, this makes sure the photo qualities and photo styles always remain on the same level. It is a magazine focus on the Hollywood entertainment stories — photos tell the story. 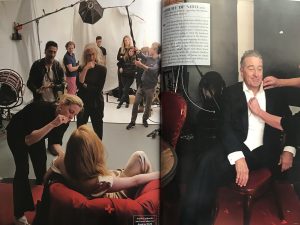 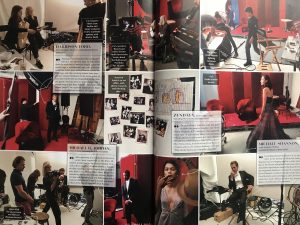 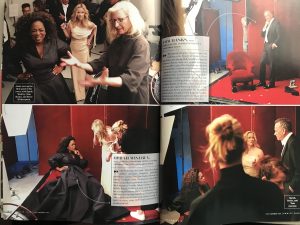 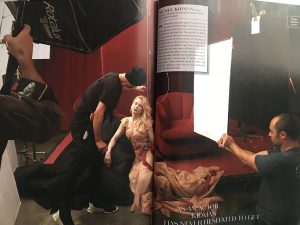 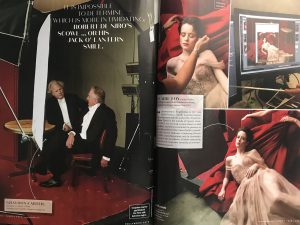 Take this year’s cover story, for example, these behind scene’s shoots are extremely attractive to me. This group of photos combined a wide variety of wide, medium, over-shoulder, up-close shots. It makes me spend time digging the details in the pictures. Although the type of the shots is in great variety, all the pictures were shot in the same scene, so they remained a good consistency, thanks to the hallmark color of VF — red as the background. In addition, this section is relatively not text heavy, however, these complicated photos made the readers read all the texts carefully to discover more details about the pictures and the celebrities.

The latest issue featured Jennifer Lawrence as the cover story, VF shot a set of Western-style photos of her. 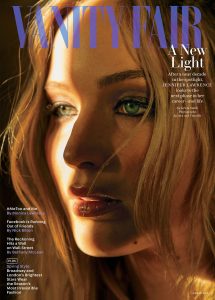 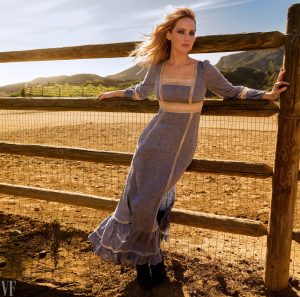 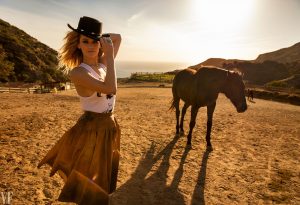 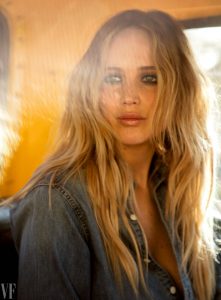 Throughout one issue of Vanity Fair, it’s hard to find one page without images. Photos contain an important part of this magazine. In this magazine, pictures are usually displayed in rectangles — a traditional shape for photos. 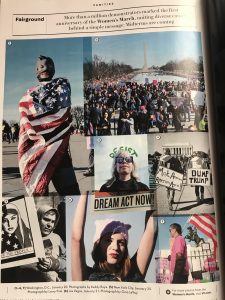 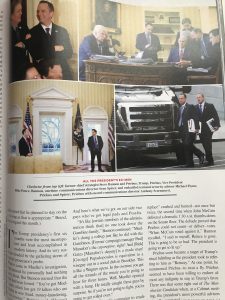 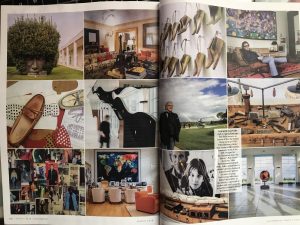 In this case, it allows the editors to show the full contents of the pictures. It contains more information than a cropped picture in the shape of circles. 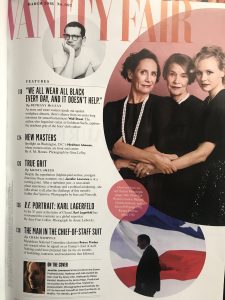 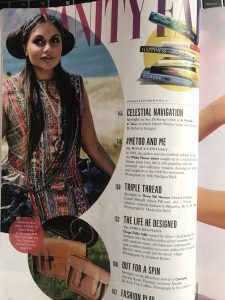 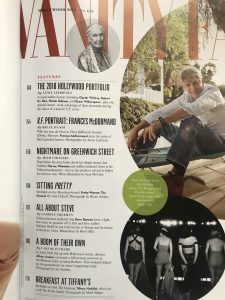 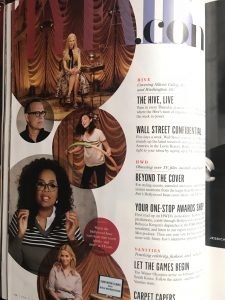 In TOC, VF plays a little bit variety — cropped the photos into circles. These bubbles are like a foreshow of the content in the magazine. They don’t need to be thorough since they will repeat in the magazine in detail, so the shape of circle is perfect to showcase the foreshows. 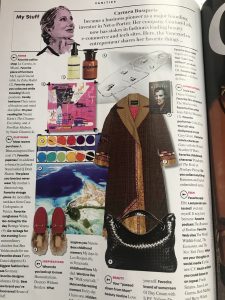 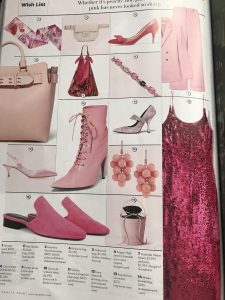 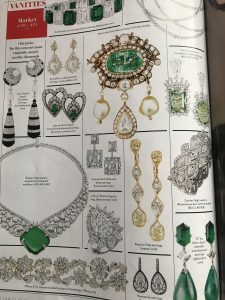 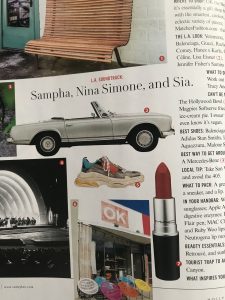 VF is also good that display images in silhouetted. This is a good strategy for showing a massive amount of pictures. It makes more images can be fitted on one page, and also it emphasizes the products themselves.