The majority of images within The Atlantic are illustrations. I think the publication often relies on illustrations because the stories discuss large, social constructs, such as modern dating habits and viral warfare. In other words, illustrations seem to be most effective when conveying the abstract. 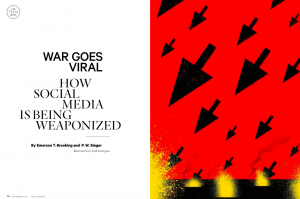 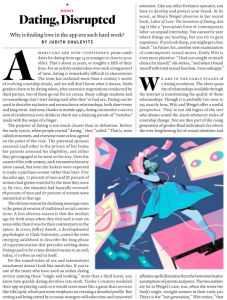 In terms of style, the illustrations remain consistent. The section “Dispatches” always includes a human sketch. A book excerpt follows soon after. It also includes a sketch-like illustration, typically in black and white. 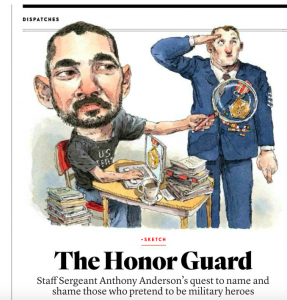 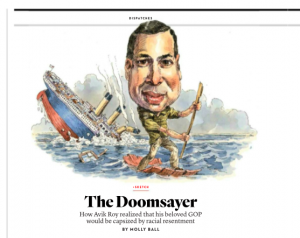 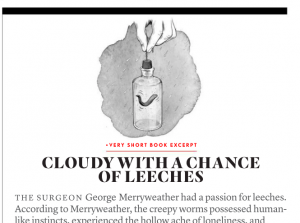 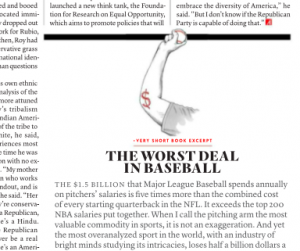 Although the magazine heavily relies on illustrations, it also includes photographs. The majority of photographs are studio shots and portraits, and they are most frequently used within the features department. I find this particularly effective because those long-form pieces revolve around prominent politicians, influencers, and public figures. Furthermore, the images that introduce each feature are passive, close-up shots of the subject. 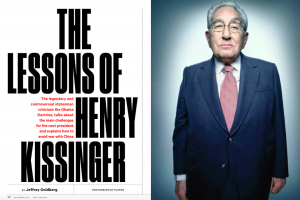 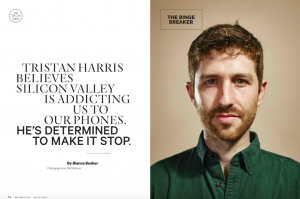 Within the pages that follow, the photographs are small and rectangular. Unlike the introductory images, they are medium shots. Typically, there is one photograph per page. Type is never placed on these images. In one feature, screenshots of tweets overlap without blocking or distorting the messages and photographs within each tweet. 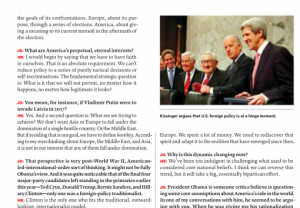 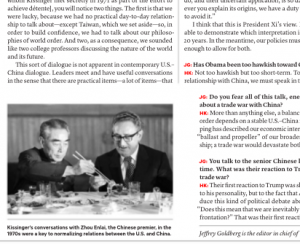 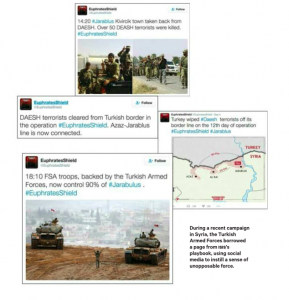