Cover: For this entry, I examined three recent issues of The Atlantic. First, I noticed that each of the covers place an emphasis on a long-form, feature story. Evidently, the goal is to draw in the reader with the most marketable stories. It should also be noted that these designated stories take up a significant amount of pages and resources. War Goes Viral, the November 2016 cover story, takes up 13 pages, spanning from page 70 to page 83.

Each of the issues I examined showcased different types of images. For example, the most recent cover features a black and white photograph of Barack Obama greeting a crowd. The related cover line reads, “My President Was Black, Ta-Nehisi Coates on the Meaning (and Unmaking) of Obama’s White House.” The black and white photograph alludes to the cover line, conveying a timeless yet nostalgic mood. 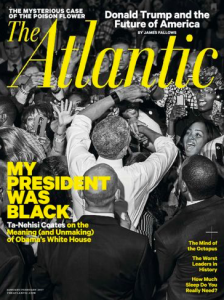 Meanwhile, the December 2016 cover displays an art-directed image of a red globe. The color red and the dragon-shaped axis that supports the globe represent the Chinese superpower. 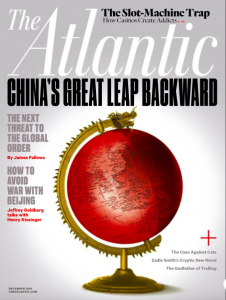 Last but not least, the November 2016 cover features a vector illustration. Given that the feature story discusses “How Social Media Got Weaponized,” the iconography from the web deems most effective. 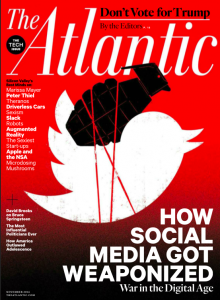 The nameplate is always placed across the top of the cover. The color of the nameplate changes from issue to issue. For example, in the November 2016 issue, the nameplate is white. It provides a sharp contrast against the primarily red cover. On the other hand, the January/February 2017 issue features a yellow nameplate. This works to provide contrast and develop hierarchy on the page, against the black and white backdrop. Likewise, the folio remains consistent across issues, placed in the bottom left corner of the cover.

Unlike other publications, The Atlantic does not overwhelm the covers with dozens of cover lines. Rather, it places an emphasis on one story, using weight and color to draw in the reader’s eyes. Other than that, most of the covers represent six to seven inside stories. These are labeled with a plus sign. 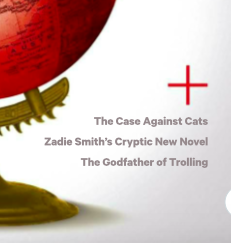 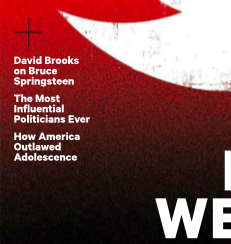 TOC/Index: When it comes to the Table of Contents, The Atlantic designates an entire page for the four or five features of the issue, which are accompanied by one large photograph. The other stories follow on the next page. The layout of the page is much different. It’s broken up into outlined boxes. Each box includes an image or illustration, category title, page number, headline, caption, and byline. 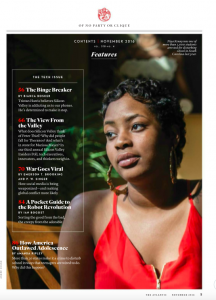 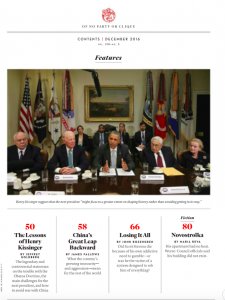 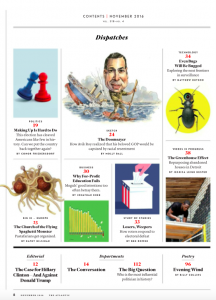 Departments/Sections: The Atlantic consistently includes three departments: Editor’s Note, The Conversation, and The Big Question. The publication also includes a poetry piece, typically placed at the back of the issue, somewhere between pages 70 and 100.

In order for readers to know which section they are reading, the publication inserts section openers that take up an entire page. Feature openers, on the other hand, typically take up two pages. This signals to the reader that a lengthy piece is coming. 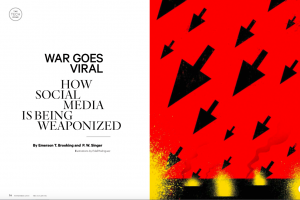 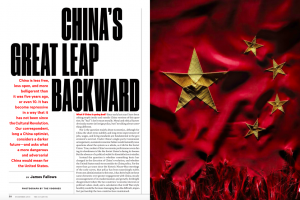