WHAT THEY HAVE TO SAY

I know this article is 5 years old, but it raises a few points — fiscal points. All this author is concerned about is the paycheck. Jacobson tells us to pay attention to circulation, redesign not for the loyal readers but for new readers who will one day become loyal readers (the loyal ones are, well, loyal already), stop running old and repetitive news stories, drop prices, charge online content, and hold hands while singing Kumbaya. Something about the emphasis on money bothers me about the true reason for journalism…but, like it was mentioned in class, designs hold power. And with that power, comes responsibility.

Chicago Tribune chairman Sam Zell says there will be a replacement to home delivery: PDFs. I do see this forecast coming true oddly. Much like how the Twilight series novels are on Kindles, newspapers will be in iPads in the form of PDFs, sans Internet. I don’t have any complaints about that.

The Enquirer and Cincinnati.com have decided to merge and create a Google Reader-esque news feed called, Ongo.com. “For $6.99 a month, Ongo offers “selected content from The New York Times, access to all content from USA Today, Slate, and The Washington Post, as well as selected content from the (British) Financial Times.” Ongo.com also allows readers to purchase additional titles for $0.99 a month. Will we see more merges in the near future? I think so…well, for some newswires + newspapers. 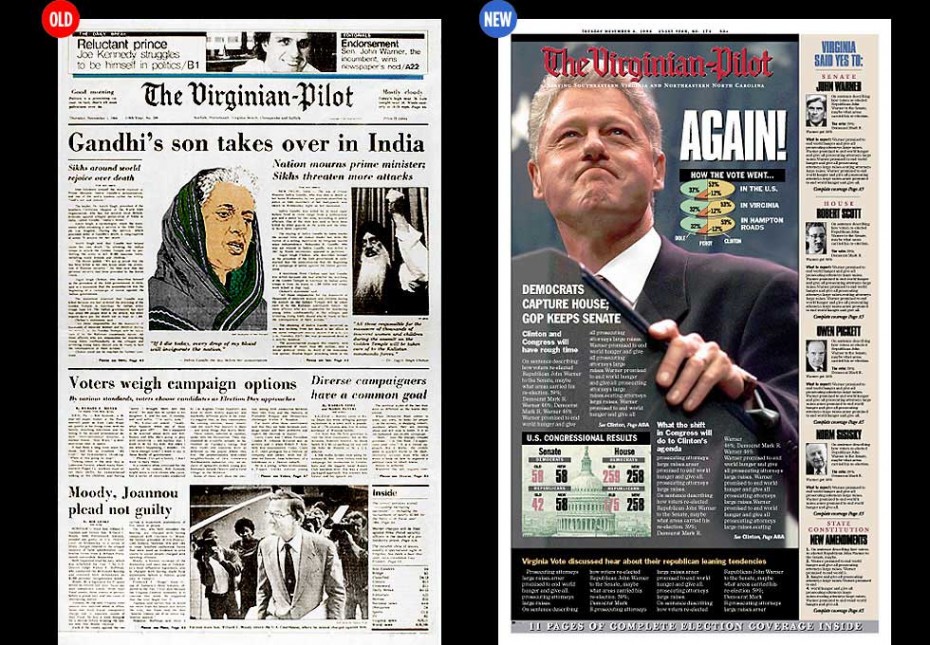 Professor Strong has mentioned The Virginian-Post in class before — quote, “handsdown, the best designed newspaper” around. And I agree. Above is a before and after image from Brass Tracks Design of its redesign. There’s something sophisticated and fun in the way the news designers played with the podium’s angles. Even Clinton’s face matches with the feeling of “AGAIN!” There’s a lot of spunky charateristics in this paper. I like it. 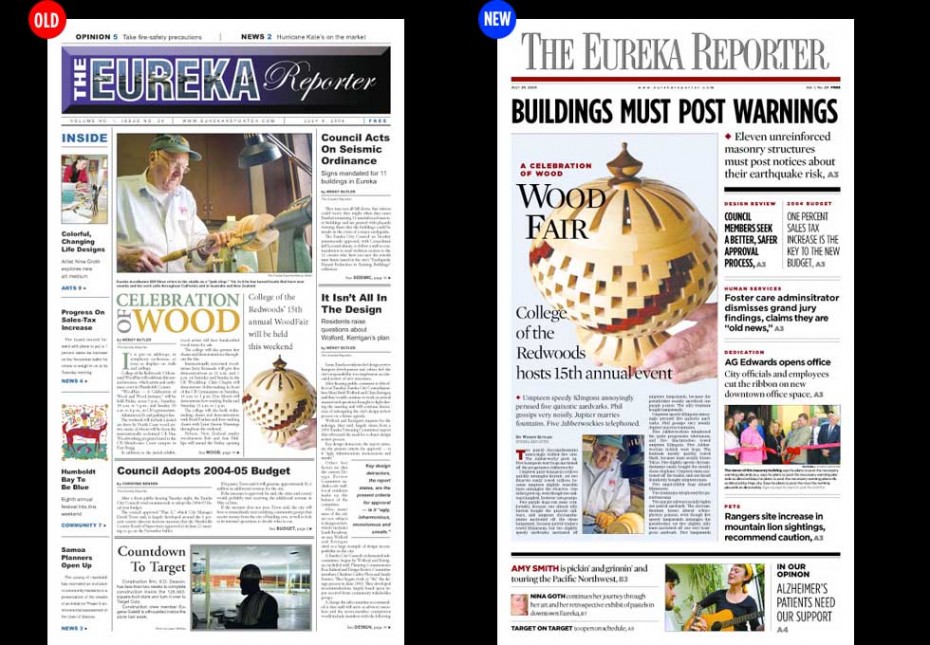 No longer in print, but we can learn from this. The old nameplate: more is not better. There’s just too much going on in “The Eureka Reporter” that I find myself trying to figure out what that image in the “Eureka” is rather than reading the stories in the paper. The redesign makes the nameplate plain and simple, and instead emphasizes the use of photojournalism and typography (with dropcaps, webdings, and caps vs lower-case). Utah lost a great paper. 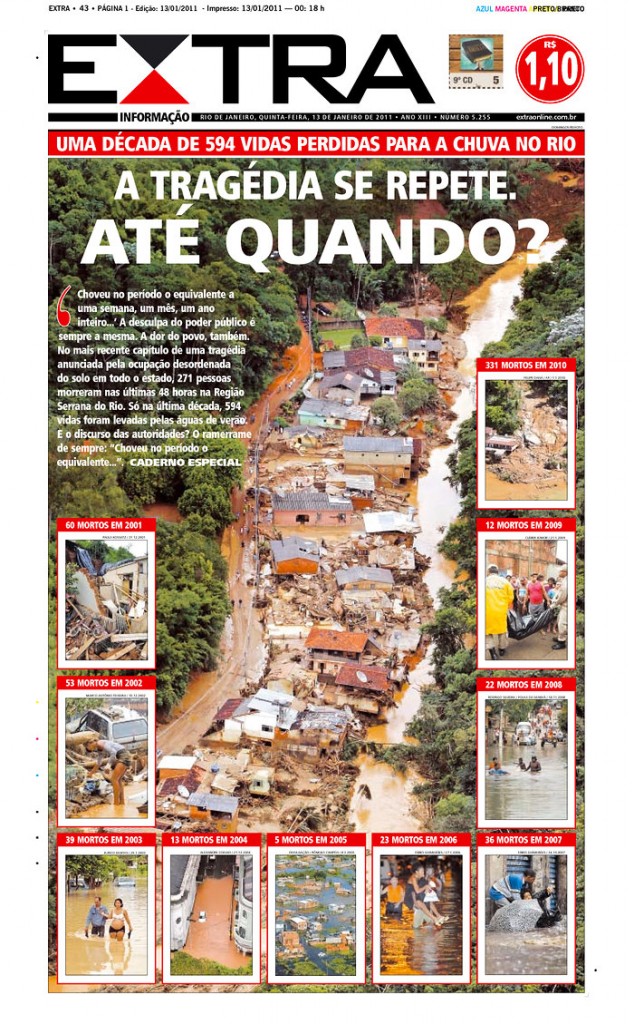 Looks like I saved the best for last. Not really. Although I do like the use of a powerful image, Professor Harper would argue that the white type might be illegible against the green trees. Also, all these photos surrounding the main image makes my eyes go all over the place. There just too many points of entries. Yes, this is definitely innovative. But I don’t think it works. I almost wish they got rid of all but two or one of those smaller images and made way of some white space filled with red background to still have that sense of urgency and death (red blood).  But we did mention that, as news designers, we must do what was not done before, good or bad.