WIRED uses an eclectic mix of jewel tones, neons and pastels — never primaries or secondaries. The fact that the publication’s designer mix the dramatic, the brash and the dreamy instead of the basic indicates that they are dedicated to being quirky at all costs.

In a standard issue of WIRED like the August 2017 issue, the colors function from making the magazine look too much like the captain’s log from U.S.S. Enterprise. 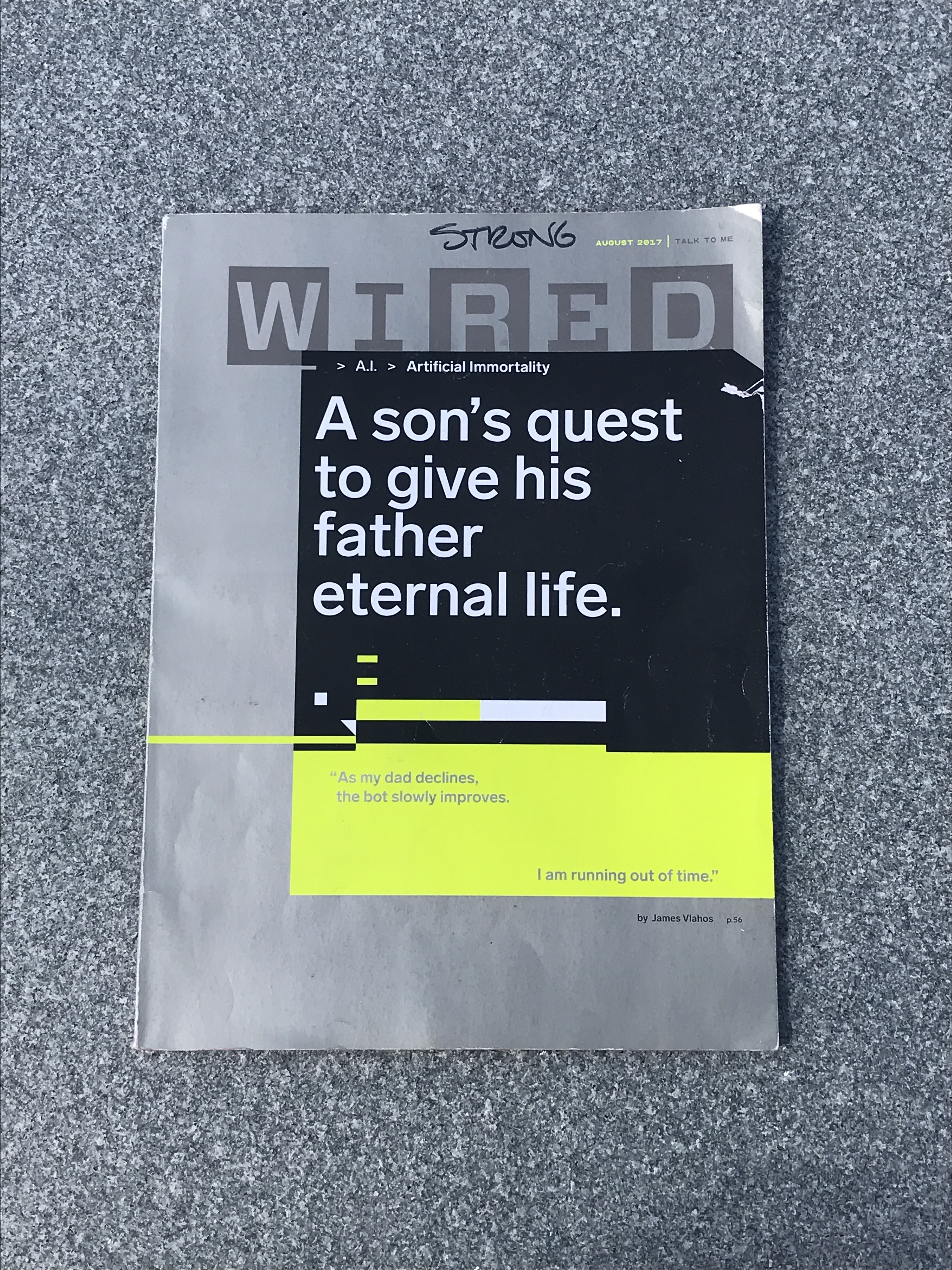 Here, the sharpest chartreuse functions to set off starship silver and black that could be seen as too functional to be fun. 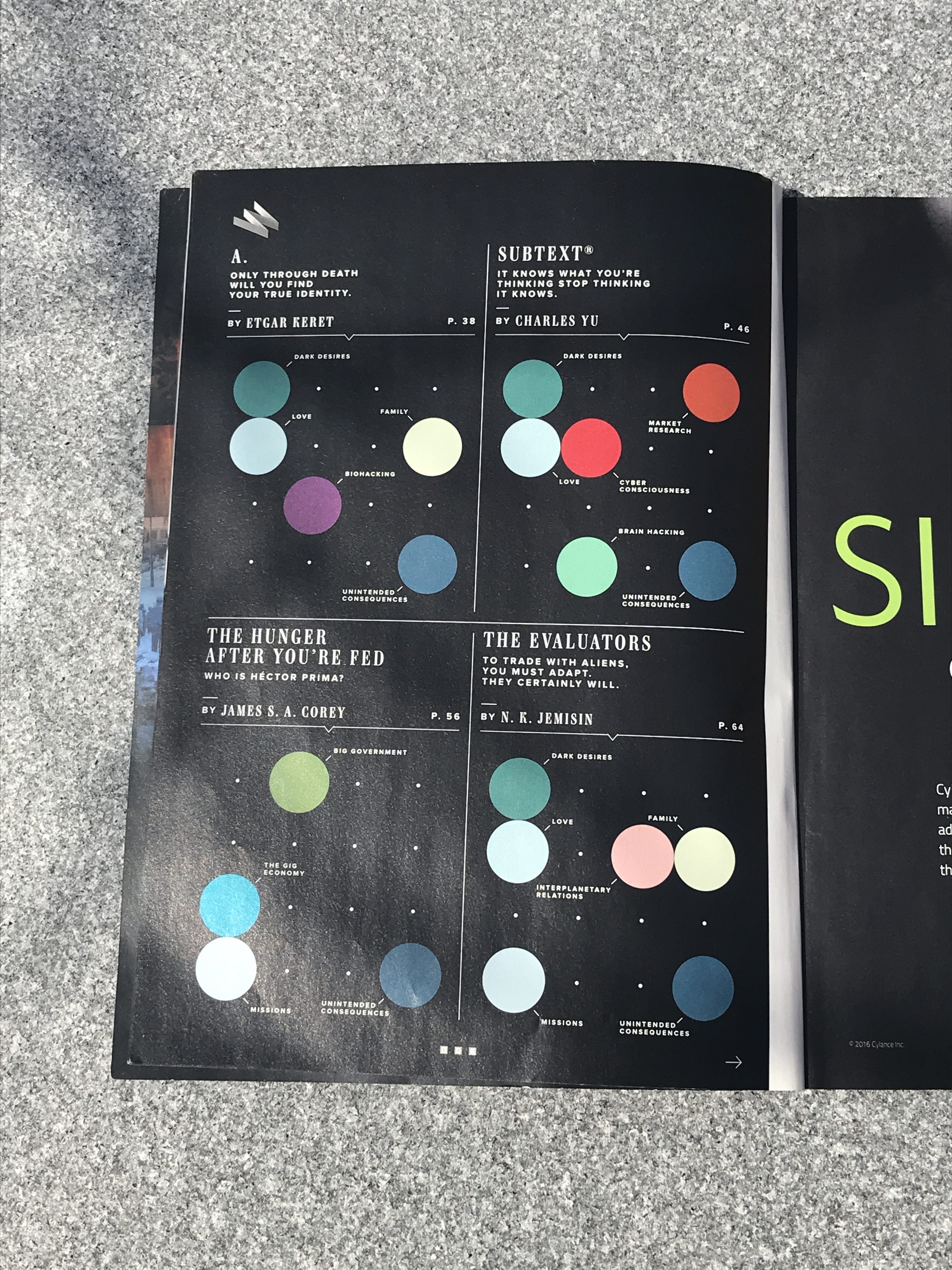 Not only are these infographics charming and unusual, but they are nice visual representation that could translate over well to the color palette assignment for this class. I felt compelled to include this for that reason. Quite plainly, here are the pastels and jewel tones: eggshell, robin’s egg blue / lapis lazuli, tiger’s eye, carnet, pale olive and amethyst.

Compare these two pages in the front-of-book: that pop of ruby makes all the difference in the magazine. 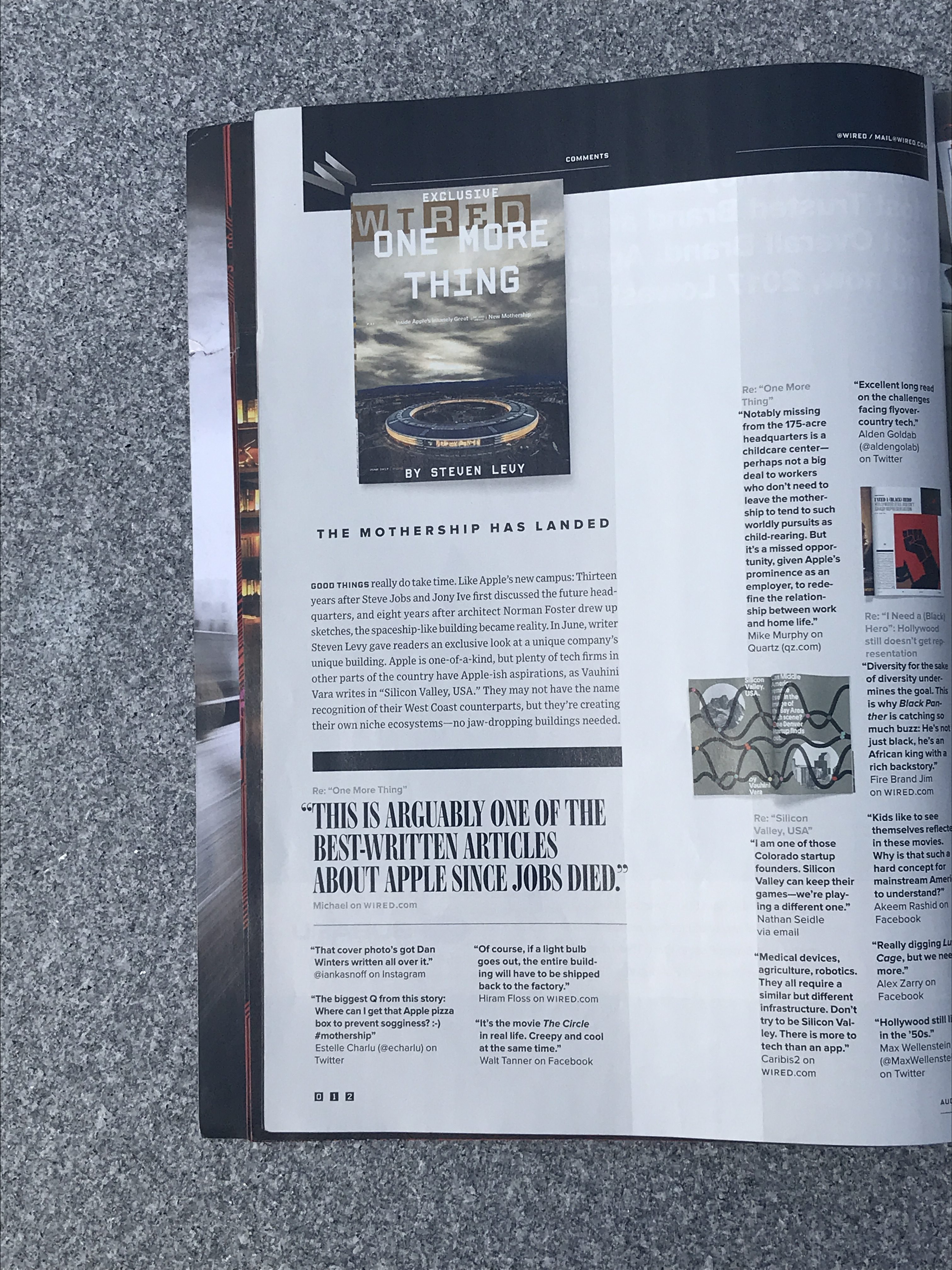 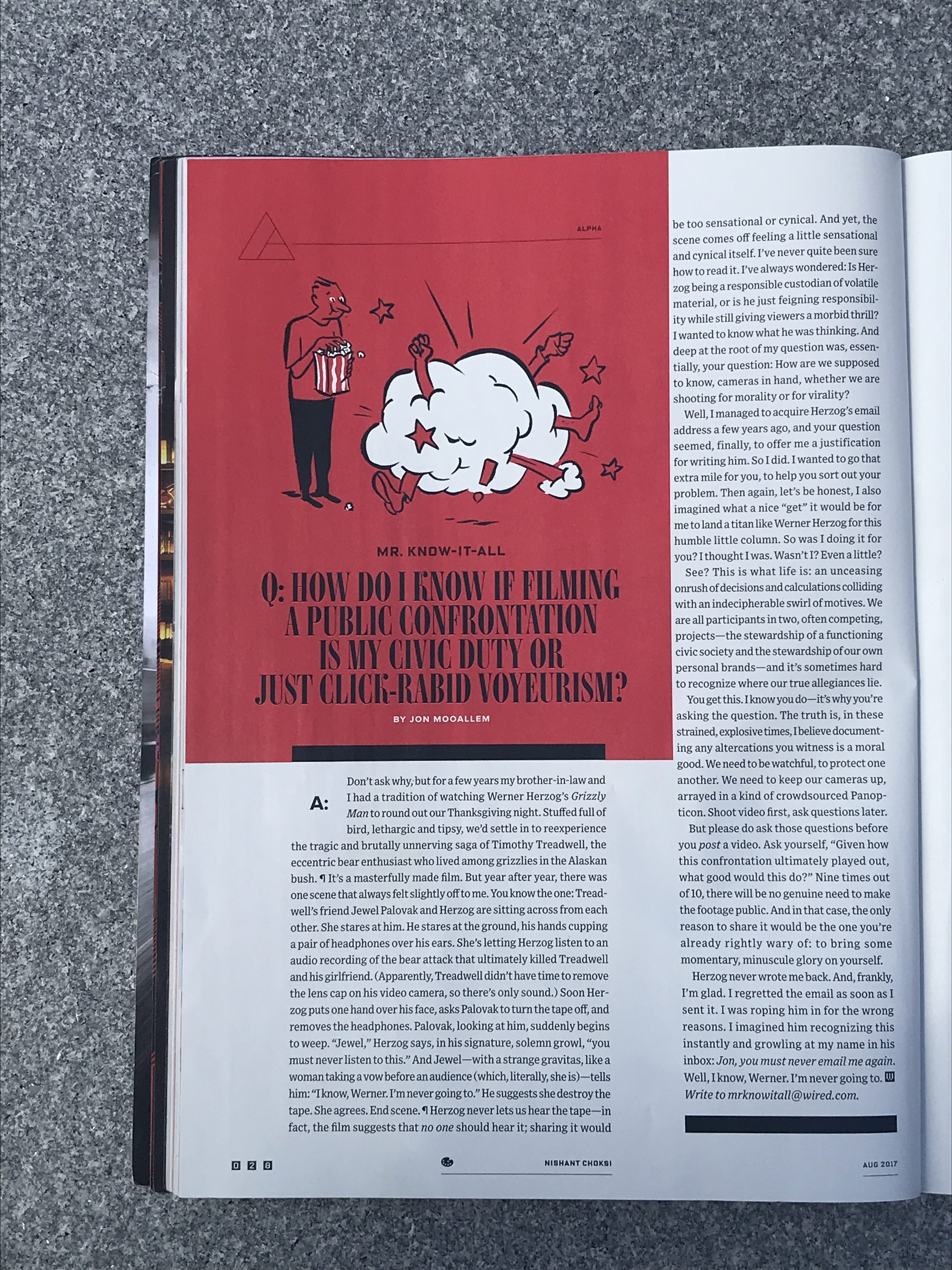 And of course, the color palette worked in WIRED’s favor for its literary issue. 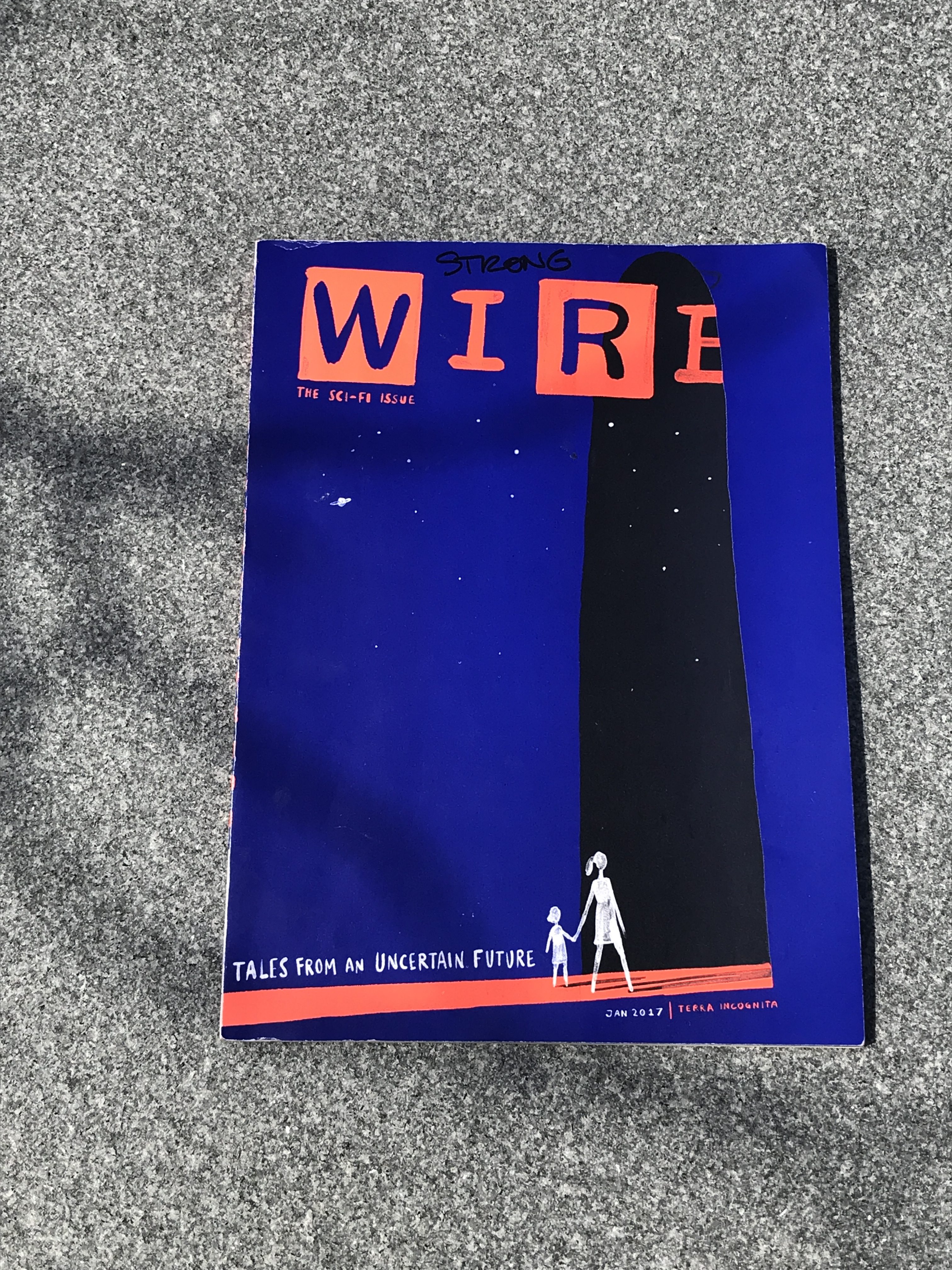 Here, combining minimalist design with the most royal blue make for an intriguing cover. It’s so unapologetically strange, especially touched up with white and neon apricot. 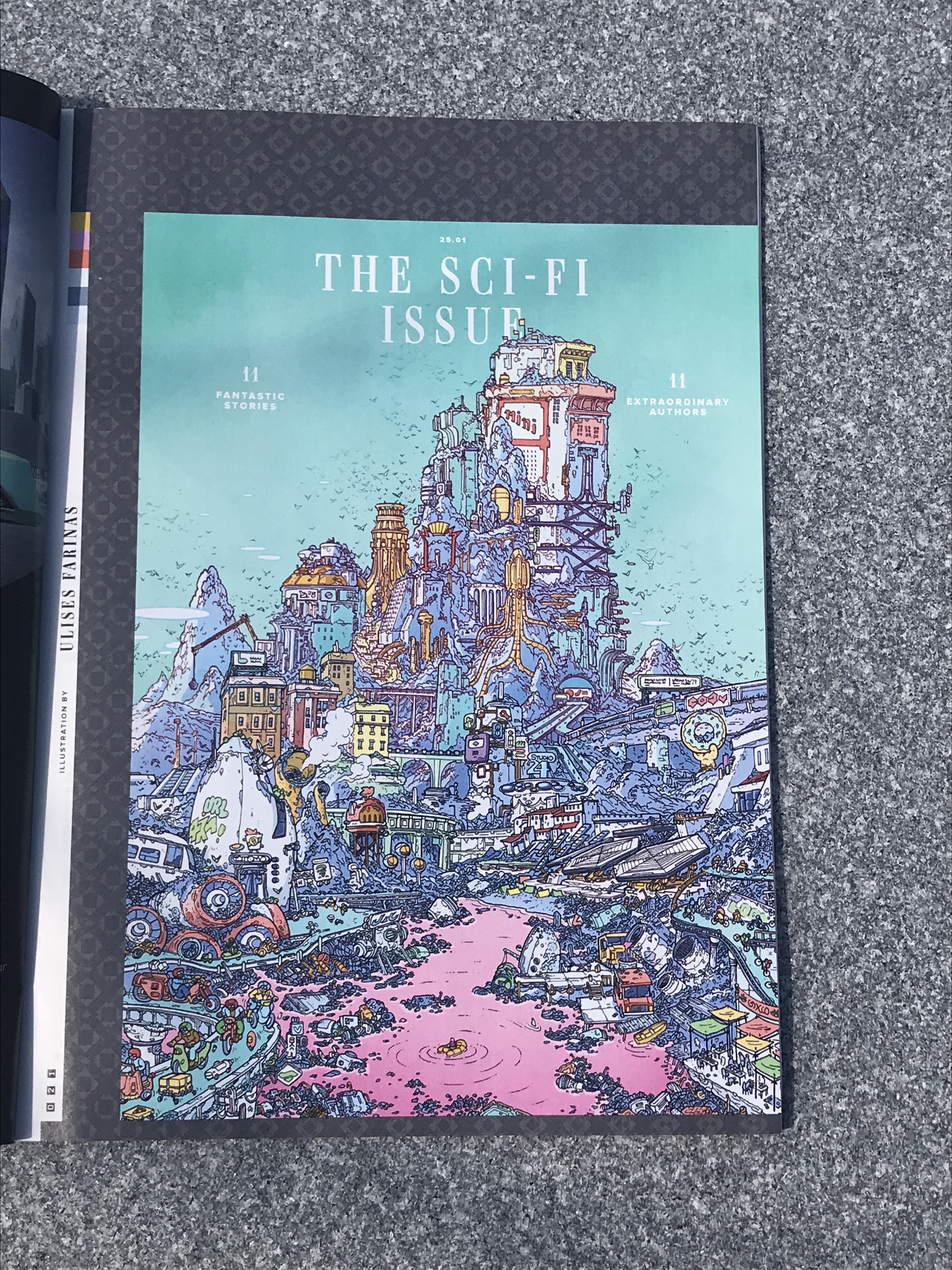 In the literary illustrations, WIRED adds a dash of dystopian fantasy to its New-Yorker-for-a-day issue aesthetic. The pastel colors in this illustration take the doom out of the dystopia. It’s hard to feel too off put when an industrial wasteland is done in bubblegum pink and periwinkle. 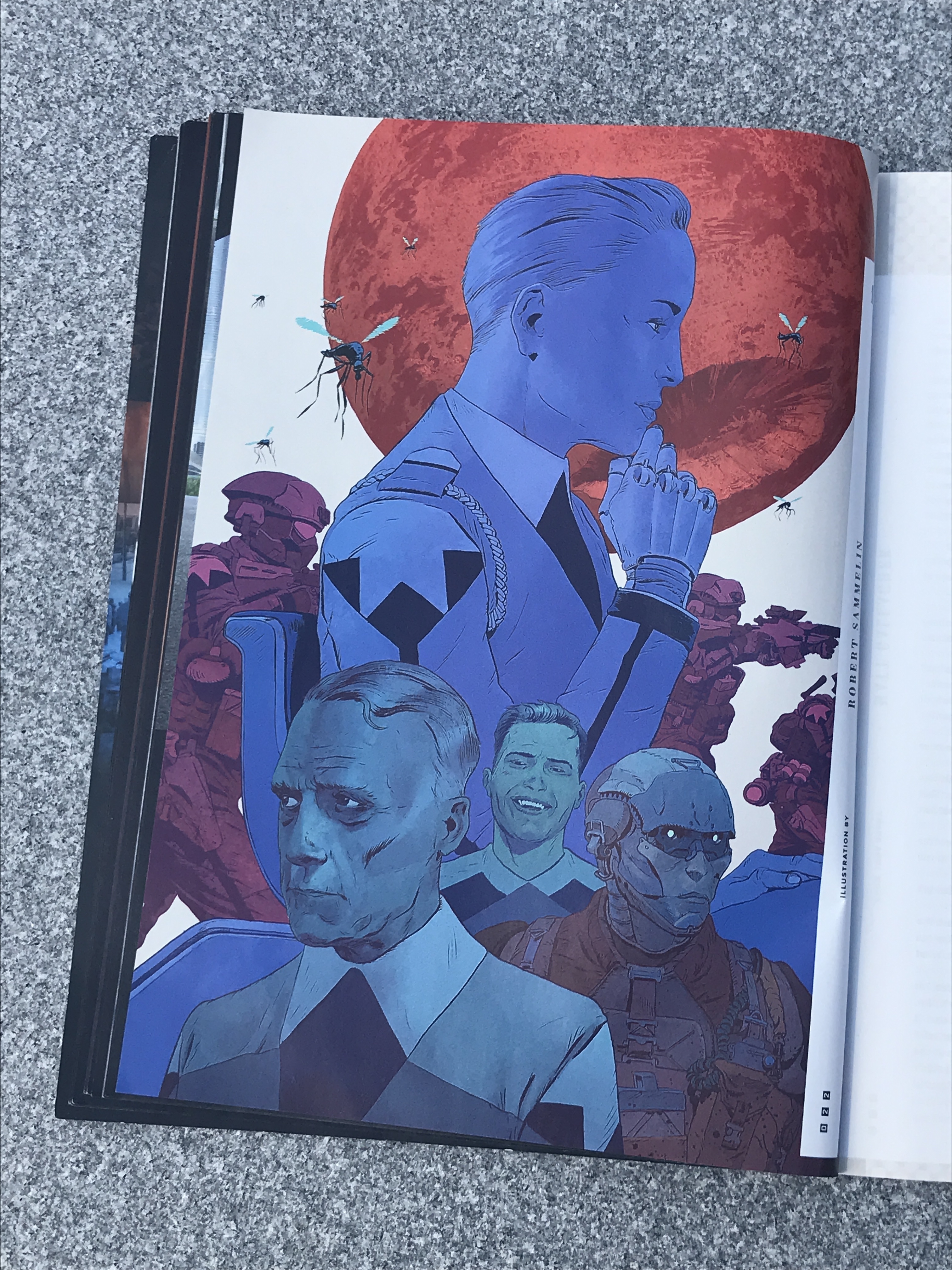 Even this spooky promise of giant mosquitos and political intrigue is beautiful because of the shadowy turquoise and warm purples the illustrators used. 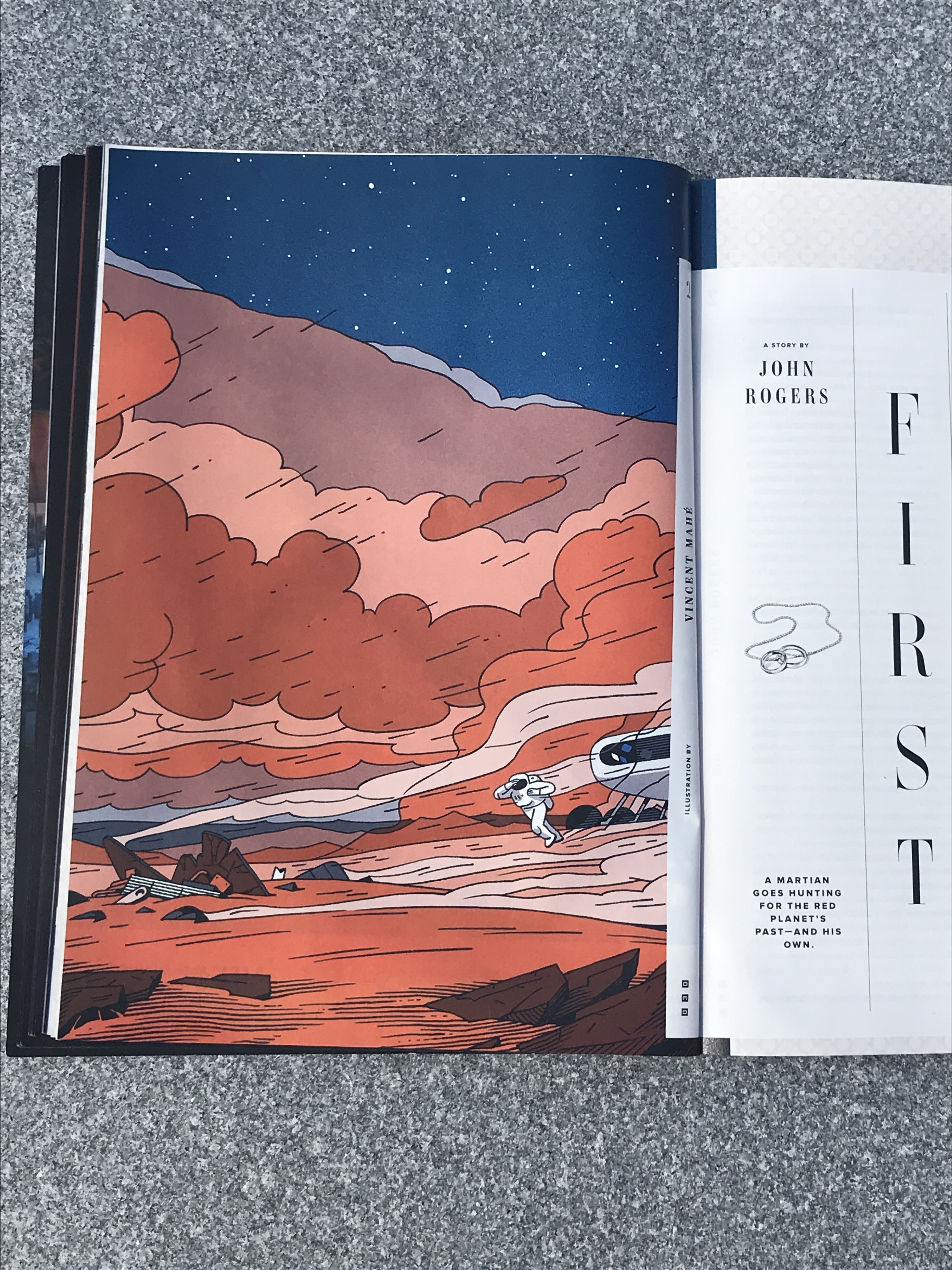 Lastly, even though the visual styles for each story are different, the continuity of the color palette, of course, is that can pull the issue together as a whole.