Wired expertly uses color as a way to establish hierarchy on each page, and to distinguish features from one another.

On the cover of Wired, the use of color varies. On the December 2019 issue, there is a bright yellow used to contrast the the teal blue background. This contrast serves to highlight the title of the cover story. The nameplate is in its own color that seems to be pulled from the person featured on the cover. This is a unique combination of colors that is very different from the January 2020 cover. On the more recent issue, the photo is in black and white. There is a similar yellow used here to highlight the nameplate and emphasize the name of the subject of the cover story. While the December issue uses a lot of color and the January issue uses little, both use color in the same way to accent the most important information on the cover: the nameplate and the featured story or person. 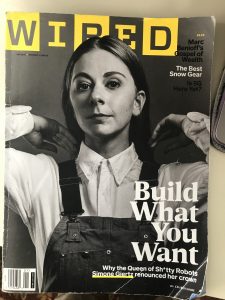 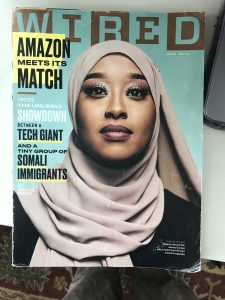 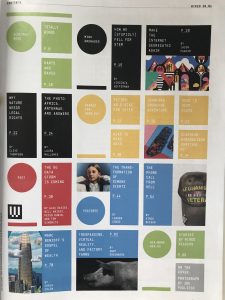 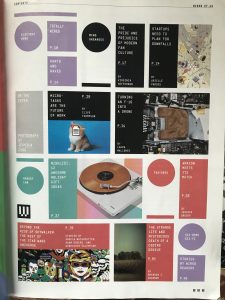 In the first two departments (Electric Word + Mind Grenades) of the magazine, color serves to break up content on the page. Small blurbs of text are housed in colored boxes that allow the reader to easily separate them from the rest of the page. The colors are always consistent throughout Electric Word, unifying the different pages into one identifiable section. In Mind Grenades, the colors are used to differentiate alternate story columns. For example, “Angry Nerd” is orange, while “Chartgeist” is blue. Because the layouts look so similar, the color allows the reader to see that the contents are not the same for each column. The colors used vary from issue to issue, but they are always different among the alternate story forms. 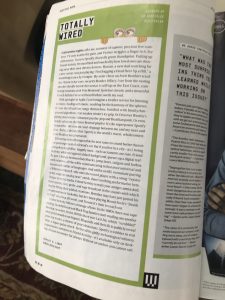 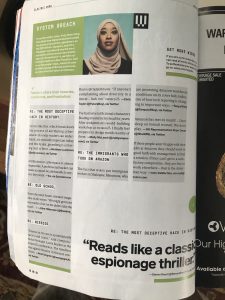 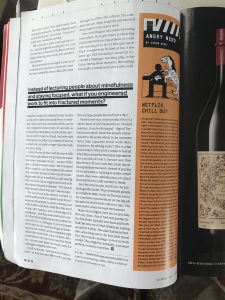 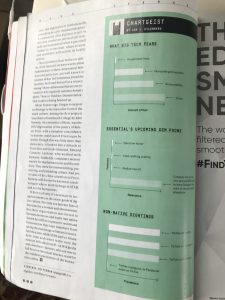 The Gadget Lab department uses vibrant colors to serve as the backdrop for the tech being displayed. It serves an important function here to contrast the typically dark or monochromatic technology. Without the color used here, the Gadget Lab section wouldn’t be as visually interesting. 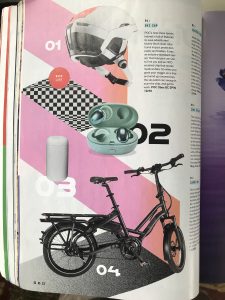 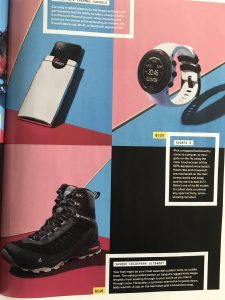 Color also serves an interesting function as a way to differentiate the features in each issue. While some features are black text on white backgrounds, some features use color to create a visual aesthetic that connects each spread in the feature. For example, the cover story from the January 2020 issue uses a light blue background rather than solid white. There are also many shades of blue and some greens used as part of the page design. The rules and captions are in one shade of blue, interacting well with one another, while a dark blue is used in drop caps and pull quotes, connecting those two components. The frequent use of color in this feature makes sense, as they interact well with the photos, and connect with the lighthearted and quirky nature of the specific feature. In the following feature, which is a much more serious and dark story, the use of colors would feel inappropriate. These different colors help to emphasize the tone of each feature and break up each feature from one another in the only section of the magazine not interrupted by ads. 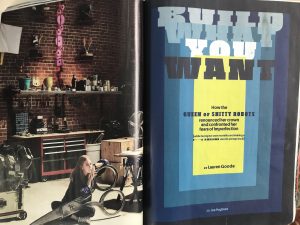 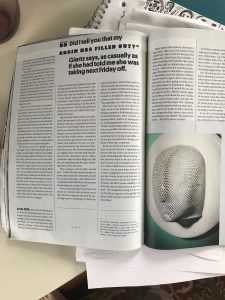 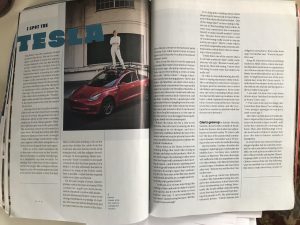 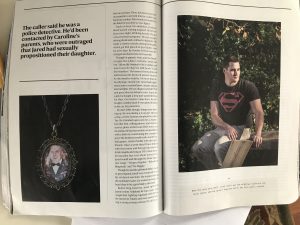 Overall, the use of colors is necessary to the organization and layout of Wired. However, they are also key to the identity of the magazine. Wired is a bold, and oftentimes fun, magazine. The bright colors connect the reader with this aspect of Wired.