Wired is a magazine that discusses how new tech intersects with, and affects, human life and culture. Appropriately, the images used in Wired are a mix of photos of new technologies and photos of the people affected by technology around the world.

The images in Wired vary from department to department. For example, the images in the “Mind Grenades” department are full page illustrations that bleed off the page. This is the department where the first stories of the magazine appear. These stories are shorter and not as journalistic as those that appear in the feature well, so the images serve an important purpose for getting the readers attention and leading them into the story. The illustrations are often colorful, unique, and eye-catching. They stand out against the white text placed on top of them, as well as the ads that appear throughout this early section, making them easy to recognize as part of the actual magazine content. The illustrations vary in style from vector illustrations to manipulated photos. However, they are noticeably  bold and somewhat provocative, which is congruent with the overall concept and design of Wired. 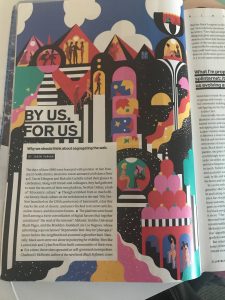 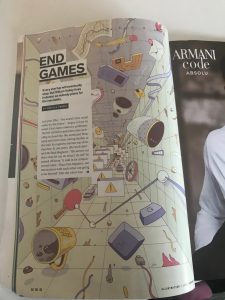 The final story of this section is in contrast with the rest by being a large photograph that bleeds across the gutter. It is also contained within the top and bottom margins of the page, unlike its predecessors. The photo will usually feature some new technology or specific innovation, and will be accompanied by labels that describe different parts of the technology featured. 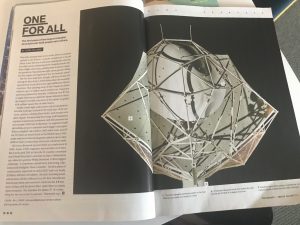 The “Gadget Lab” is the department of Wired that profiles all the new tech toys and tools that have been released and are available to the public. This section is essentially a catalog telling readers what they should buy, so Wired does its best to make it as visually interesting as possible. The images are just cutouts of the items that Wired is recommending to its readers, but they are juxtaposed against extremely colorful and interesting backgrounds. This provides a unique context for the items that someone usually wouldn’t see on a website or in a store. Wired plays with the layout of this section as well. In one issue, items are arranged vertically in a list format, whereas, in a more recent issue, the items are placed into boxes contained within the margins of the page. I believe that Wired does a really great job here of using images to create personality for a section that might not have had it otherwise. 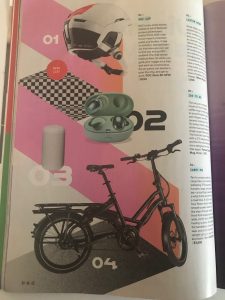 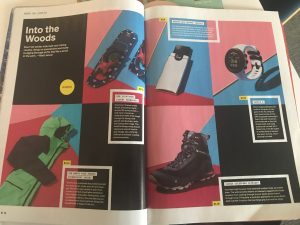 The feature well is where the images of Wired really shine, however. The long form stories of this section focus on the human aspect of technology, and how technology can enhance, or harm, the lives of real people around world. As a result, the photos are distinctly emotional, powerful, and, of course, very human. They are typically posed photos of the person profiled in their home, workspace, or other appropriate environment. Many of them are medium shots that reflect some kind of emotion appropriate to the story.  A lot these photos tend to speak for themselves and will occupy an entire page without any additional information. Other times, the photos will be placed within the columns of the pages to provide a visual representation of what the story is discussing. There is no strict format for the way the images interact with the white space of the page, as each featured story has its own unique design. The powerful  imagery used throughout this section creates a very compelling narrative that is evocative and easy to follow. 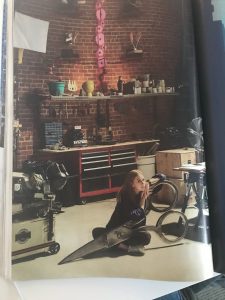 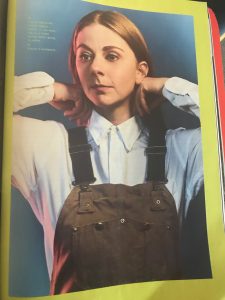 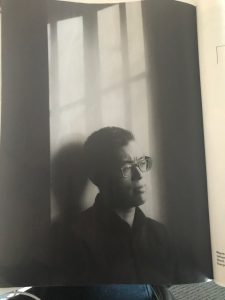 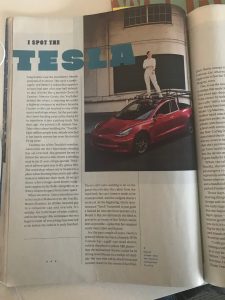 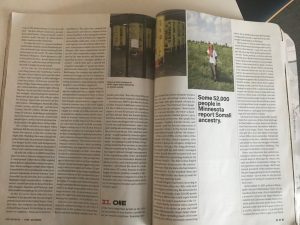 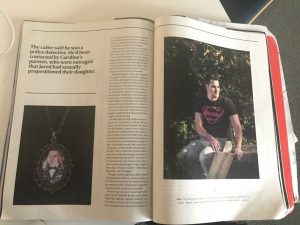 Wired makes strong use of its imagery. Nothing feels out of place or unnecessary. The intention behind each photo is clear and works with the written content to create complete narratives for the reader.