Wired, much like we have seen throughout my analysis of its elements, handles images uniquely in that it typically incorporates more graphics throughout an issue than photographs. For instance, many magazines will include a photograph of the Editor in Chief; However, what I found in the December 2016 issue of Wired was that a small illustration was used next to Scott Dadich’s name. 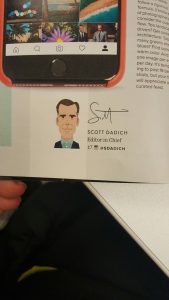 In addition, many of the department section starting pages have illustrations or graphics, rather than photographs. For instance, the Alpha Section in the December 2016 issue has a relatively large illustration – and this is a story on sexual assault – which is a topic that is often times photograph heavy as photographs tend to evoke a lot of emotion. 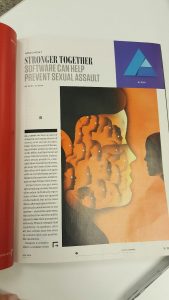 Throughout the entire Alpha section, there are a few photos, but the majority of the imagery is either done through an illustration or an infographic. In total there are only three photographs in that entire department, but a plethora of graphics. The following department in this particular issue is a “Wishlist” section which naturally is going to have a lot of photos because the purpose of this section is to sell merchandise. However, the merchandise is studio-shot and established on the spread in a very graphic manner through the use of vectors and boxes. 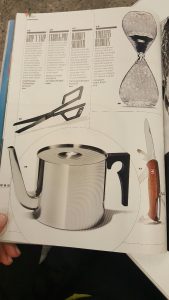 When photos are utilized in Wired, their size varies anywhere from the size of an entire spread to the size of a tiny polaroid picture (I would estimate about 1/12 of the size of a page). I have found that when a photo is used, it is because a graphic or illustration would not convey as strong of a message as a photograph. For instance, in the August 2016 issue there was a story about discovering water on Mars where the main imagery used is real footage from the surface of Mars. In this case, the photographs tell the story/further enhance the story more than an illustration could. 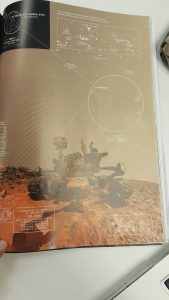 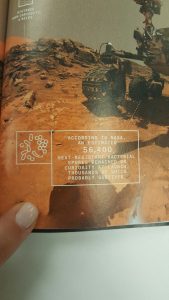 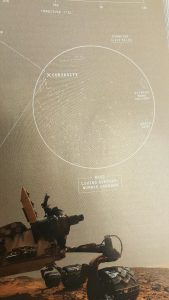 However, in addition to the photographs, there are also little graphics incorporated which add a playful look to the spread, and also aid the reader in understanding what the photo is trying to provide to the story. Without the graphics, the reader sees just another photograph of Mars with a rover on it. However, the graphics indicate other details that would not be immediately visible or understood upon first glance, such as facts about microscopic bacteria that lives on the surface or the direct location of where the rover is stationed.

In sum, I am not surprise by the way Wired incorporates images — it is representative of the publication’s unique personality.