Wired is a technology magazine that focuses on how new technologies interact with the world around them. The name “Wired” is very successful in alluding to this idea. It plays on the literal aspect of technology with wires, but also conveys the idea that everything and everyone is interconnected by technology; we are wired together.

The headlines used in Wired are often witty. In the departments before the feature well, the headlines are consistently three to five words with clever uses of idioms or puns. For example, in an article about offering legal rights to natural features, the headline “Arbor in the Court” uses a spin on a well known phrase to give the reader an idea about what they are about to read. In the feature well, this trend continues, but occasionally the headlines become long and winding. “The Gospel of Wealth According to Mark Benioff” is a particularly long title, but it works for the feature which relies on the recognition of the name to be interesting to the reader. I believe Wired does a great job of writing captivating headlines for its equally captivating stories. Even while doing my field notes, I can’t help but read some of the stories in the magazine because of the interesting headlines. 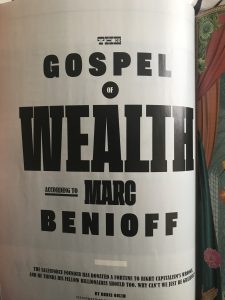 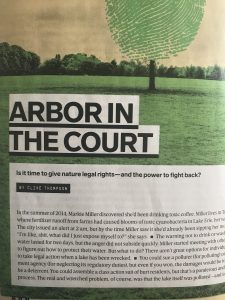 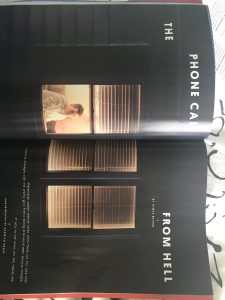 Pull quotes appear throughout the magazine. They often appear differently depending on the particular style of the story they are from. For example, in the “Mind Grenades” department, pull quotes are underlined and bolded, which is the same way that headlines in that section are styled. They are never attributed to anyone, and are typically provocative in some way, making the reader want to discover the context for them. 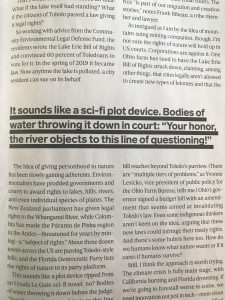 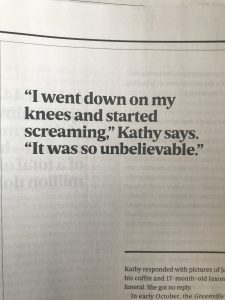 Wired doesn’t use captions often, but has cutlines for almost every photo. The cutlines vary on depending on the photo shown. If the photo is of a particular item or object that might need more explaining, the cutline will describe what that object is. However, if the photo is just of one of the people featured in the story, the cutline will give more information that might not be related to the photo itself but provide some kind of information related to to the story. They are usually only one sentence in length. 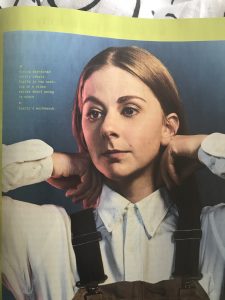 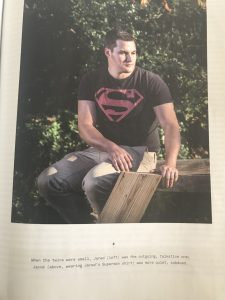 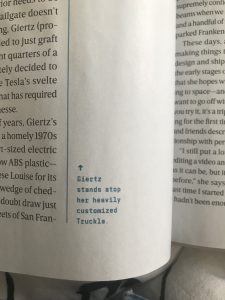 The labels used in Wired are all just repetitions of the section names. Some will include a subtitle for the specific edition of the section. For example, a “Gadget Lab” section that focuses on winter related tech is appropriately labeled “Snow Day.” They appear in the top margin of spreads, and are found on all sections except the feature well. 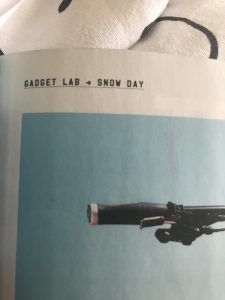 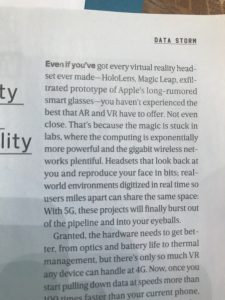 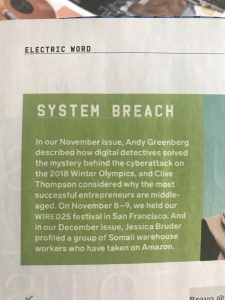 Bylines and credit lines are pretty straightforward. Bylines for stories say “By [author’s first and last name]” while photo credits say “Photography by [photographer’s first and last name].” I think this is probably the most effective way to phrase bylines. There is no confusion over who the person responsible is, or what they are responsible for. 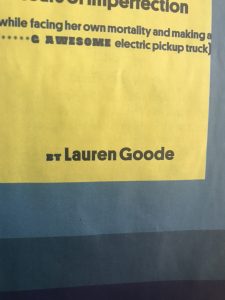 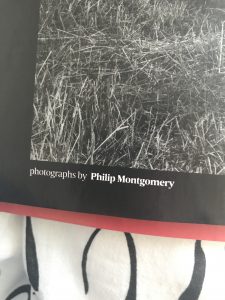 The language of promos varies in Wired depending on what the story is attempting to convey. Many stories have provocative promos like “Make The Internet Segregated Again,” which immediately makes the reader question why it might say that and feel inclined to read. These type of promos are mostly used for the long form stories in Wired. For articles with a less journalistic approach, like in the “Gadget Lab” section, the promos are less provocative and more conversational. 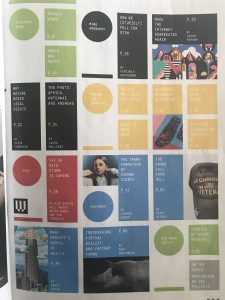 I believe the department names in Wired are creative and appropriate. One section is titled “Mind Grenades” and contains short stories that will “blow your mind.” Other section titles like  “Electric Word,” “Gadget Lab,” and “Six-Word Sci-fi” all allude to idea of technology that is central to Wired. The feature well is only titled “Features” but I think this is appropriate because those stories are strong and distinct enough to stand out from the rest of the magazine on their own.