The front cover of Wired exists to attract the attention of the reader while highlighting one of the main features from the issue and, occasionally, previewing other stories in the magazine. The most recent issues feature a portrait of the focus of the main feature over a solid color or non-busy background.  Despite Wired being focused on tech stories, the images used are very human, highlighting the people behind these stories rather than the technology. The photos are intimate and give the reader a feeling of familiarity for the people featured. Older editions of the magazine have used creative text-based illustrations for features that don’t focus on one specific person or subject. 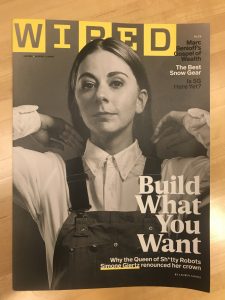 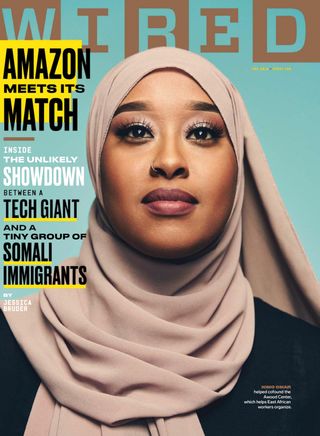 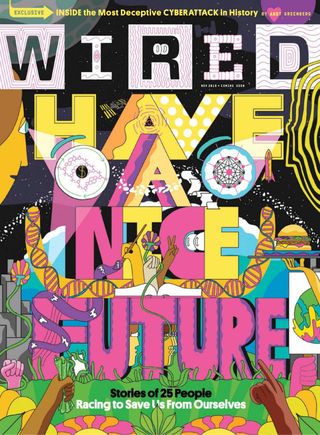 The nameplate of the magazine is almost always placed at the very top of the page, starting flush with the left side of the page and ending flush with the right. The images used will often overlap the nameplate, creating a sense of depth on the cover. The nameplate’s use of negative space also make it feel as if it is part of the background, contributing to this sense of depth. The title will usually be in bold text on either side of the portrait for photo based covers, but, for illustration based covers, will be centered and occupy most of the cover. Some editions only preview the story which is the cover feature, but others will preview two to three of the inside stories. There isn’t a particular pattern for placing the inside stories when they are previewed, however, they are always smaller than the title for the main story. As far as hierarchy, Wired is mostly consistent with its covers. The title is often the largest object on the page, with the nameplate occasionally being larger but, due the placement of the nameplate behind images, the title is often the first thing the eye moves toward. The subtitle is usually the next largest object on the cover, and if story previews are present, they are typically the smallest or least visually prominent.

Overall, the cover’s use of eye-catching images are successful in getting the attention of the reader. The layout of the cover do the job of informing the reader what will be ahead in the magazine and giving them a reason to read on.

The TOC uses different shapes and colors to break up the sections of the magazine. In the January 2020 edition, each section corresponds with a specific color. Circles are used to introduce the section itself, while rectangles and squares preview each story title and what page they are on. Small photos are also included in some of these rectangular previews. There are 17 total promos on the TOC. I find that this design is successful in being easy to navigate but also more interesting than a list style TOC. 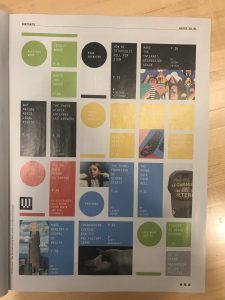 Wired is currently made up of the following sections: “Electric Word” which opens the magazine.”Mind Grenades” which are the first multiple page stories featured in the magazine. “Gadget Lab” which focuses on showcased must-buy tech and follows “Mind Grenades.” “Post” which breaks up “Gadget Lab” from the features. “Features” which are the long-form journalistic stories that make up a bulk of the magazine. “Six Word Sci-Fi” which is a single page that closes out that magazine. Each section is labeled in the top margins of the page, except for the “Features” section which is not labeled. 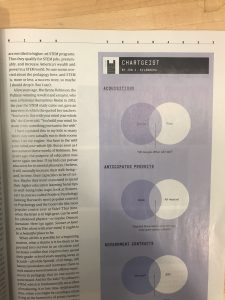 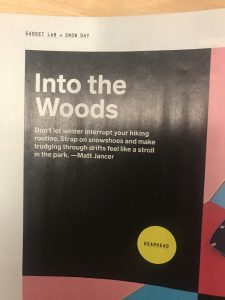